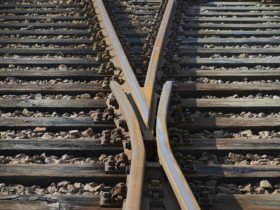 Why you should be using A/B Testing

Let’s face it, Time Machine is one of the greatest things macOS has to offer, you connect to a disk and the system automatically creates incremental backups. Recovering data is just as simple, you open time machine and select the file you want from whatever point in time or just restore the whole system to an earlier point.

That being said, having to plug a USB drive every time you want to do a backup is not ideal to say the least. Since I already had a media server running Ubuntu I figured there must be a way for time machine to work over the network.

Several years ago when Ubuntu Server 16.04 was the latest available version I bought an external drive, plugged it into my media server and I was able to configure it as a shared time machine over the network for my Mac book pro.
At that time Ubuntu came with a very old version of samba that didn’t support time machine (Version 4.8.0 or newer is required for this to work) Luckily for us as of now Ubuntu 20.04 comes with samba 4.15.9.

This is going to be the easiest setup possible without requiring you to compile samba. You should use a separate drive for this, in my case I used an external drive I had lying around. This drive is mounted on /bk/timemachine

Through samba I share this folder to my macbook pro, which is able to automatically detect it over the network and backup to it as long as I’m connected to my home WIFI.

To configure it you would need to:

*Note that the ID of your drive is not going to be the same as mine, make sure you grab the right one from the /dev/disk folder or try mounting by label or UUID.

I’m assuming you already are familiar with samba and probably have some shared folders set up.

Open your samba configuration file with:

And add this configuration block at the bottom.

Then restart your samba service with

And that’s it, your system should automatically backup to the shared drive.

If this somehow doesn’t work for you here are some ideas as to what might be wrong:

It should say samba is active

Why you should be using A/B Testing